The Ascended Blog Hop - by Tiffany King with GIVEAWAY

This is an excerpt from the amazing Young Adult Author Tiffany King.  Her first book Meant to Be (Saving Angels Series book 1) came out early in 2011 and has been a huge success.  Forgotten Souls is the second book in the Saving Angels Series. And the Ascended is the final book in the trilogy.  Keep reading for an excerpt from the book & what people are saying about Tiffany King (I'm saying she is pretty doggone awesome)


Excerpts from reviews of Forgotten Souls ~


King closed the story on a screeching, anti-climatic tone that made me ache for Krista (it was emotionally wrenching). I CANNOT wait to read book three! If there isn't a book three, I will totally stalk her until she writes it! *hatches evil plan* ;) .  ~ adoring fan on Amazon


(See that is one reason Tiffany was held down and made to write the third book.)


Tiffany King has created a world of beauty and grace and it is one to be read late into the night. I would totally recommend it to anyone who loves a good love story, who believes of a higher power and has ever felt a strong bond to a friend. Great book, hope you take the chance to read it, Tiffany King really knows how to create a strong world with 3-d characters. Take a chance on this book, I'm glad I sure did.  ~ adoring fan on Amazon


Beautifully written and full of heart. I laughed, I cried, I cringed and I could not put it down! ~ adoring fan on Amazon


Are you about to tingle in anticipation???  Okay, but wait - there's more!!! Yes sirree, for being the next contestant on my website you can win a prize.... not any old prize either.  YOU GOTTA LEAVE A COMMENT WITH YOUR EMAIL - I didn't make the rules... oh, well yeah I kinda did.  Okay lovie, you really do gotta leave a comment.  EVERY comment is being pooled with the other blogs on the hop... yup Hop (not the bunny hop silly) - every 3 hops - she is giving away an e-book from the series... but wait!  The GRAND PRIZE will be given to Three people out of all the entries in the tour - it is a AUTOGRAPHED POSTER & BOOK - so love, LEAVE A COMMENT with an answer and your email address -  Do you believe in angels?


I sat up a little confused and saw that the campfire was almost completely out. I squinted my eyes, trying to see through the dim light and after several seconds, I could make out the sleeping silhouettes of my friends. There was a strange buzzing sound that sounded like a radio on a station that had a low frequency.
"Sheesh, we make the worst lookouts," I muttered, sitting up straighter to work out the kink in my back. Shawn sat up next to me looking puzzled.
"Sorry, I fell asleep too," he mumbled, looking down at Sam who had fallen asleep with her head resting on his knees.
"I guess we all did," I said, standing up to throw another stick onto the fire and watched as the flames reignited and lit up the area. I gasped when I noticed that the net was gone and blackness surrounded our campsite. It was as if someone had snuffed out the moon and the stars.
"Hey where's the net?" I asked my friends, taking a groggy step forward. I reached out my hand, confused that the entire net had disappeared on us. I went to take another tentative step forward when I was jerked backward by a hand grasping my arm.
"What the heck?" I asked, aggravated at my brother who had gripped my arm so tightly. I turned to see his horrified expression as he peered out into the darkness beyond me.
Unease flooded through me like I had been doused in ice water. I turned around cautiously, scared that the eyes of a Daemon or something would greet me. I squinted in the darkness, trying to understand what had alarmed my brother. My eyes finally began to adjust and I was puzzled to see that the blackness around us seemed to pulsate as if it was alive. I took a terrified step backwards, finally realizing that thousands and thousands of bugs had filled the night sky around us.
My terror induced scream filled the night air when I realized that the net wasn't gone, but was completely covered with the squirming bodies of every bug imaginable. The weight of their bodies made the netting bow in around us.
Shawn grasped me by the shoulders, pivoting me around to face him as my scream continued to slice through the night like a banshee.
My nightmare had somehow seeped into reality. 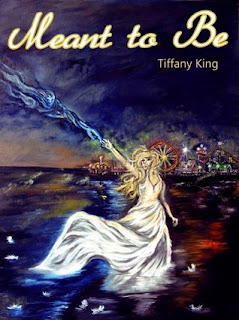 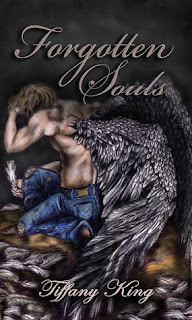