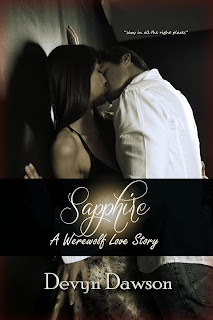 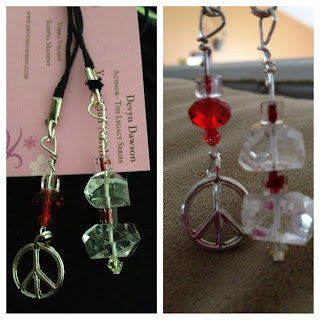 Sapphire a beautiful 22 year old trying to stay out of trouble and have a little fun. Her exotic looks come from her Cheyenne and Arapaho mother. She lives with her older brother and younger sister Ruby. It is Ruby who convinces Sapphire to go to a high school soccer game. Sapphire didn't want to go out, but after some coaxing from her sister, she agreed to go. It was that night, and the days to come that would awaken her sexual desire and her heart.
Parker a sizzling hot and sexy werewolf was convinced by his buddy to go to a high school soccer game to watch the guys younger brother play. His werewolf is always on duty, he was watching a beautiful Native American girl as she talked to a girl who looked like her. After a few minutes, he caught her looking up at him. Parker had never had a girl hold his gaze... most everyone wouldn't dare challenge him that way. She wasn't one of his kind though, she was human and against the rules. He knew her spirit was calling out to his wolf. His wolf was more than ready to answer that call. She was the one... he would kill for her, he would die for her, but would he disobey his alpha for her?
How far will they go?
THIS BOOK IS RATED OVER 18 - LANGUAGE & SEXUAL SITUATIONS 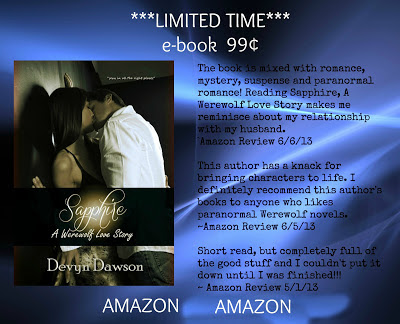 a Rafflecopter giveaway
Posted by Devyn at 12:39 PM